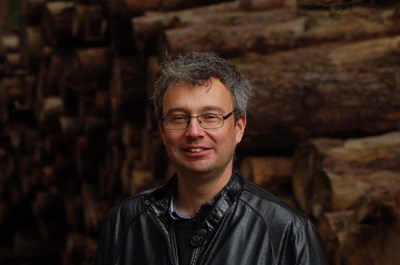 Our congratulations to Richard who's move was announced in our services yesterday.

Richard has been a canon here for the past nine years and has pioneered ‘Zone2’ (a weekly all-age café style congregation) and ‘Sepas’ (a Persian congregation). He leads the ‘Joshua Centre’ which is a partnership between Liverpool’s Cathedral and Diocese to support parishes launching new congregations. Eleven of those new congregations have been launched in the past year and a half.

Richard worked with Youth With A Mission (YWAM) for eleven years in an area of significant deprivation in St Helens, Merseyside, before training at Trinity College, Bristol. He served his curacy in Haydock, Merseyside, before leading ‘Dream’, a network of ‘fresh expressions of church’. He has extensive experience of pioneer ministry, and he has led the shaping of a successful bid for nationally-provided mission funding.

Richard is married to Louise, who has just completed a theology degree and now begun studying for a theology MA. They have two children; Laura is in her third year at Edinburgh University studying Philosophy and Joe has begun A-levels at Archbishop Holgate’s School in York.

As Director, Richard White will continue the development and implementation of the ‘Reach’ goal, and with senior colleagues will co-ordinate, direct and resource activity on the ‘Growth’ goal.  He will be responsible for addressing the challenge of the under-representation in the worshipping and active life of the church of younger adults and people who are in poverty.

The Bishop of Whitby, the Rt Revd Paul Ferguson, who is responsible for co-ordinating the various aspects of diocesan mission strategy, said, “I am very excited that we shall be welcoming Richard to the Diocese of York.  I am sure that by God’s grace and in his power, Richard’s appointment, and the work that he will do with people across our diocese, will bring the achievement of our goals of reaching, growing, sustaining much closer.”

The Archbishop of York, Dr John Sentamu, welcomed Canon White’s appointment: “Praise be to God for all that Richard White has done in Liverpool, and for all that he will do in York! Richard is an inspired choice to be our Diocesan Director of Making and Nurturing Disciples; his ministry is all about reaching out to God’s people wherever they are and whoever they are. I pray that he and his family will flourish here as he focuses on communities affected by poverty and on people in those busy years from their twenties to their forties, and as he builds and leads teams to show the love of Jesus Christ in new ways and old.”

The Rt Revd Paul Bayes, Bishop of Liverpool, said, “Canon Richard has pioneered and established so much while in the diocese of Liverpool. From being one of the early adopters of the fresh expressions movement through to establishing the Zone2 congregation at Liverpool Cathedral, Richard has shown a commitment to seeing a bigger church making a bigger difference, long before that became our explicit aim here. More recently his role in developing the Joshua Centre and overseeing its work has resulted in a great many new congregations starting to flourish. So with that experience, we know he will bring great benefit to the Diocese of York. We wish him, Louise and the family every blessing as they move across the Pennines and we pray for them all as they settle into a new life and new phase in their ministry.”

The Revd Richard White said, “It’s an exciting time to come to the Diocese of York and I can’t wait to roll up my sleeves and join in with the plans now starting to bear fruit there. Louise and I have spent twenty-seven years in Merseyside, so leaving Liverpool is going to be hard for the whole family, but we know that God has called us and we’re looking forward to the new adventure.”