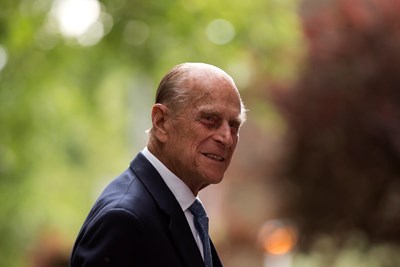 The Dean of Liverpool will lead Evensong on Sunday at 3pm where we have an opportunity to remember the life of the Duke of Edinburgh. The service, which will be live-streamed, will be before an invited congregation including the Lord Lieutenant.

The service will be attended by community representatives and political and civic leaders from across Liverpool City Region.

The service will be led by Dean of Liverpool the Very Revd Dr Sue Jones with the Lord Lieutenant of Merseyside, Mark Blundell. It will include personal reflections from Dame Lorna Muirhead, who held the role previously.

The Cathedral is the fifth largest in the world which means there is ample space for the congregation to be safely accommodated and to observe Covid-19 regulations, such as social distancing and the wearing of face coverings.

Well-wishers are asked not to congregate outside the Cathedral - but to watch the service online – via our Facebook page and YouTube Channel at  The service will also be streamed by local authorities across their channels.

Lord Lieutenant, Mark Blundell, said: “The Duke was a regular visitor to our area over many years, most recently in 2016 when he accompanied The Queen to the International Festival of Business and the opening of both the new Exhibition Centre and Alder Hey Children’s Hospital.

“During his decades of devoted public service, he touched the lives of many thousands of people, whether it was accompanying The Queen on engagements or his active involvement in many charities, organisations and causes close to his heart.Like Liverpool, he was tremendously proud of his close association with the Armed Forces. He leaves an incredible legacy, not just as Consort to Her Majesty, but also his work on the groundbreaking Duke of Edinburgh’s Award scheme which has helped the personal development of so many young people around the country over many decades.”

The Dean of Liverpool, The Very Revd Dr Sue Jones said “we were saddened to hear of the death of Prince Phillip, the Duke of Edinburgh. The Prince’s role in public life has been immense and his support for the Queen throughout her reign has been impressive. Members of the cathedral community will have fond memories of the Duke accompanying Her Majesty on a number of visits to our cathedral. We hold the Queen and the whole Royal Family in our prayers as we join the nation in mourning his loss.”

Image of the Duke  courtesy of the Press Association

Government restrictions to manage the Coronavirus pandemic means that we cannot have a physical book of condolence. However, we encourage you to leave your message on the national Church of England's online book. 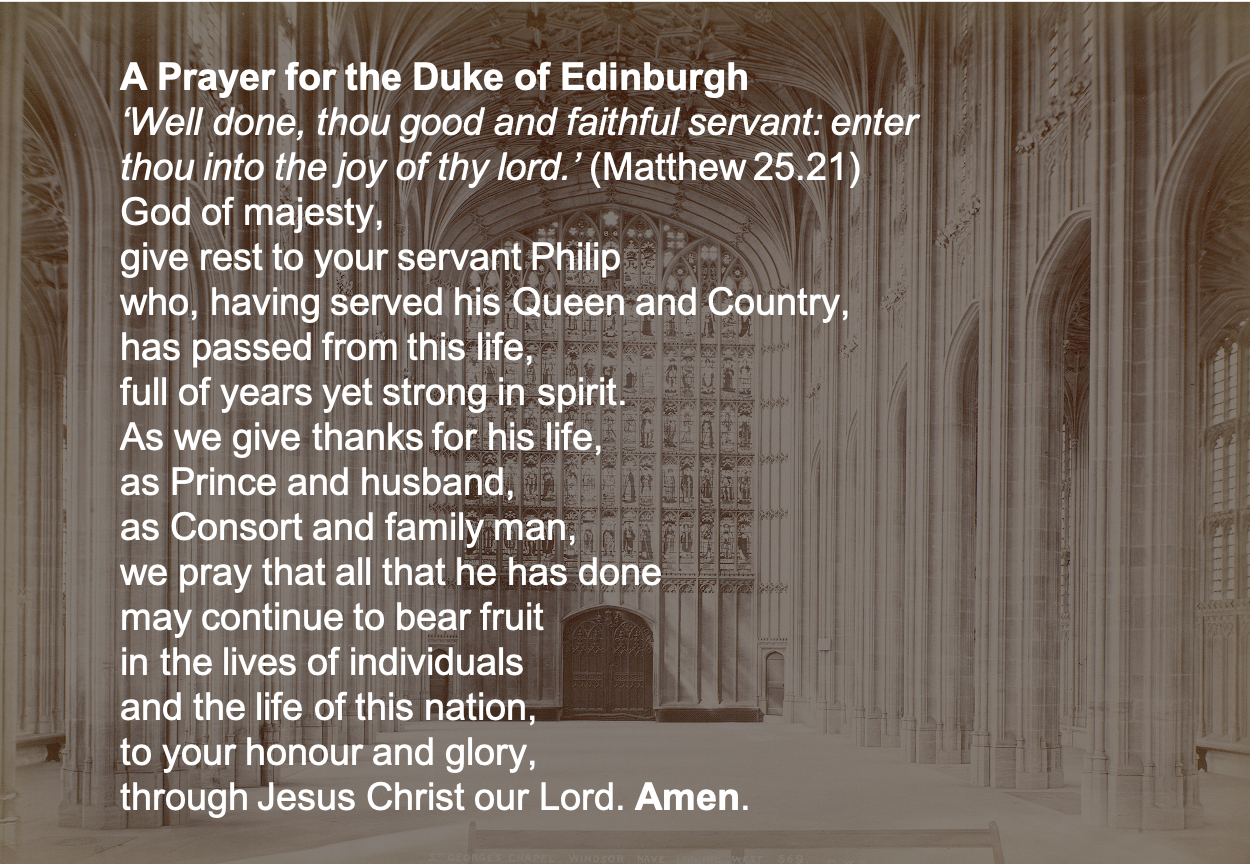