“Make a joyful noise unto the Lord all ye lands.” - Reflection by Canon Val 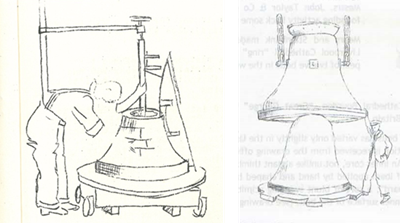 The From the Archives 1951: Liverpool Cathedral Choirboys’ Magazine

“Make a joyful noise unto the Lord all ye lands.” 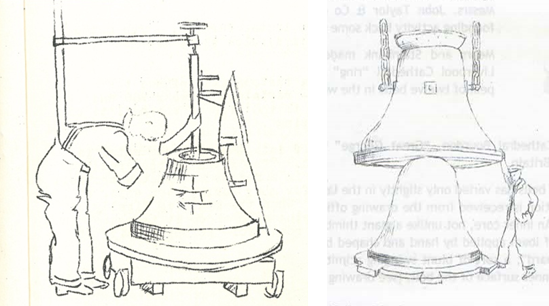 Seventy years ago, 1951 was an auspicious year for the Bells of Liverpool Cathedral.

“Great George” the largest bell in the bell tower arrived from Messrs. John Taylor & Co of Loughborough. The bell had been cast at the foundry before the war and was buried during the war as a precautionary measure. 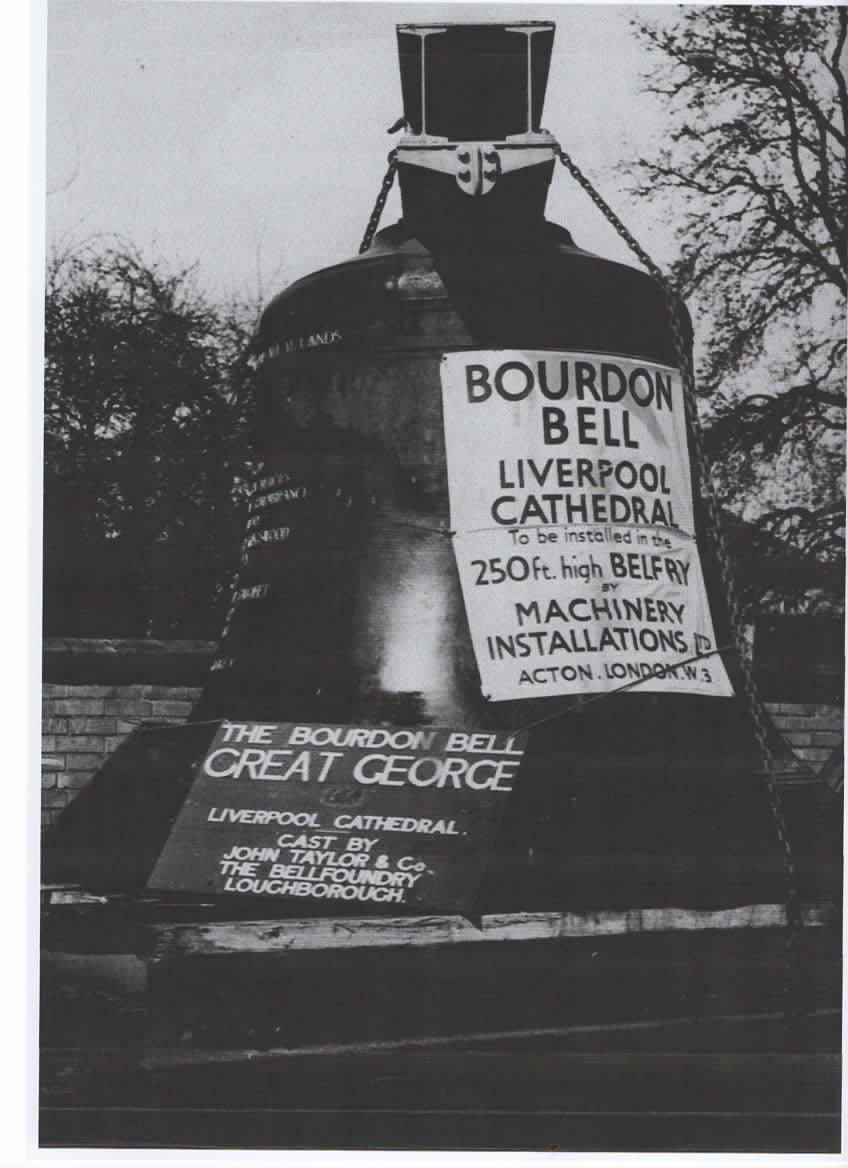 Great George is hoisted up to the belfry. An account by Harry Moore in the Liverpool Cathedral Choirboys’ Magazine of Spring 1951 tells of the problems that had to be overcome.

The great problem hoisting Great George into the belfry was due to its great weight and the fact that there was only 2 inches all round clearance through the bell trap in the centre of the tower. To get the bell into position under the bell trap a huge hole had to be cut into the temporary wall at the West end and the bell drawn into potion by a hand winch. Felt had been laid over the down route and steel rails put down on which the large frame carrying the bell slowly moved forward on 4-and-a-half-inch ball bearings. A wire rope specially made, with a breaking strain of many tons, was passed four times through a huge block and tackle.

At 8.35 in the morning the bell started to move on its journey, some 250 feet up into the belfry.  It passed safely through the Bell trap at 5.30 that evening and at 7.25 p.m. it was struck by Mr George Newton on its passage to the belfry.

It was finally in position and bolted down at 8.12 p.m. in the presence of the Dean and other. The clapper was unleashed, and Great George was tolled at 9 p.m. precisely. 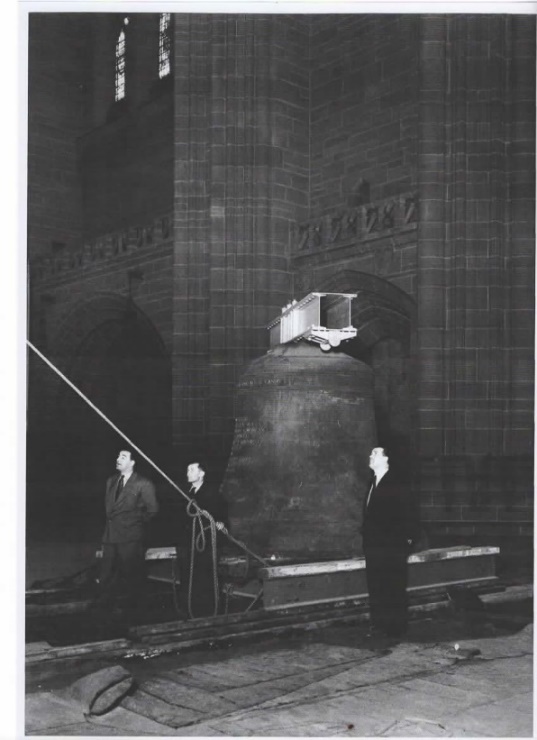 An account written for the magazine by Kevin Lavelle describes the service of dedication for Great George.

The chamber was gloomy, rough and dark roof, iron girders criss-crossed from floor to roof and a pale light filtered in through scaffolding above our heads. It was a chamber, which under normal circumstances would have sent shivers down one’s spine. But these were not normal circumstances; for hanging in the middle of the gloom was a rope. It was a new rope and one’s eyes were compelled to follow it high above the scaffolding into a large, suspended dome “Great George”.

Everybody was quiet listening and waiting. Faint sounds of the service going on below, floated high above the Corona. The service progressed through the thanksgiving, the anthem, and still up away in our gloomy chamber we waited. It was like the launching of a ship.  Nobody knew what was going to happen – would the bell be heard? -could we pull it? -both unanswerable questions.

At last, we heard the crashing notes of the great organ from below playing the first bar of Beethoven’s “Hallelujah” and then we heard no more from below, for acclaiming its dedication was “Great George” his voice sounding for the first time.

The inscription on the bell reads as follows:

Make a joyful noise unto the Lord all ye lands.

To the glory of God in thankfulness for His great mercies.

Received in affectionate remembrance of the city of Liverpool.

William Baron Vestey of Kingswood and his wife Evelyn

With Sir Edmund Hoyle Vestey, Baronet, and his wife Ellen 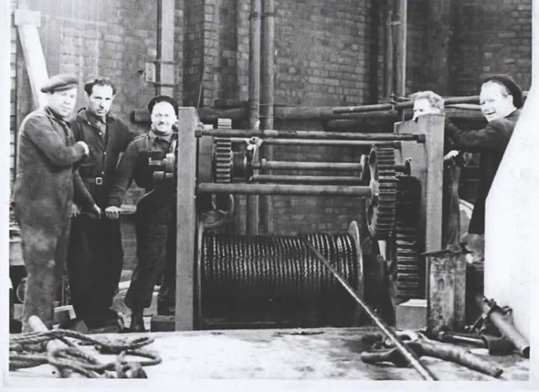 For the last 70 years, Great George has been used on solemn occasions such as the Hillsborough 25th anniversary. The bell was rung to mark the funeral of Mark Loudon, Canon Ellen’s Husband and the death of Prince Philip, Duke of Edinburgh. Together with the rest of the bells it will continue to make a “joyful noise” for many years to come.

A prayer for Bell Ringers.

Grant, O Lord, that those who are appointed to ring the bells of this house of prayer may do it worthily and to thy glory; and that those who may be called by the ringing of these bells to worship thee as they enter into thy gates with thanksgiving and into thy courts with praise; through Jesus Christ our Lord. Amen.