New bricks in the People's Path 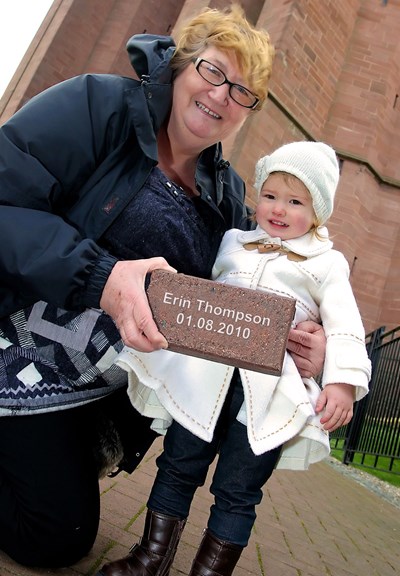 We offer our thoughts and prayers to the people who have supported the Cathedral by buying a brick on the People’s Path in the last 6 months:

Since the first brick was laid in 2012, the People's Path has become an increasingly popular way for people to make their mark both here at the Cathedral and in the city.

All proceeds from the bricks will go to the Cathedral Foundation, which helps keep the Cathedral free to visitors and supports the Cathedral’s development and work in the community.

Find out how to purchase a brick here.