Road crash victims to be remembered in special ceremony 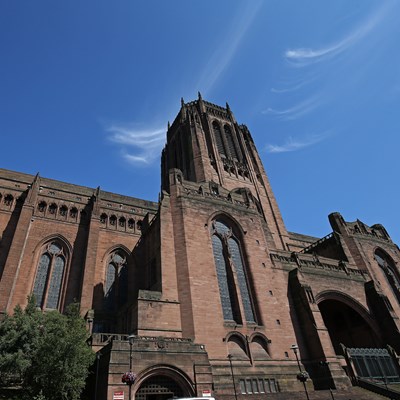 A special service remembering those who have lost their lives in road accidents is to take place on the 22nd anniversary of the death of Diana, Princess of Wales.

RoadPeace North West is inviting those who have lost loved ones or have been injured in a road crash themselves,  to attend a service at Liverpool Cathedral on Saturday 31 August at 2pm.

Along with a number of readings and a one-minute silence, there will be a talk given by Victoria Lebrec who was seriously injured in a crash in 2014. Victoria was cycling to work when she was run over by a lorry which resulted in the loss of her leg.

After the service, five doves will be will be released outside in memory of loved ones – representing the five people killed on Britain's roads each day.

Lord Mayor elect of Liverpool, Councillor Anna Rothery, will attend the event, along with representatives from the emergency services and organisations which deal with, and support, road crash victims.

Those attending are welcome to bring flowers or a photo of the person they are remembering.

Liverpool’s event is being organised by Pauline Fielding, a trustee of RoadPeace. Pauline lost her son Andrew in 1994 at the age of just 18, in a crash caused by a driver who did not stay at the scene and was never traced. She is passionate about highlighting the importance of remembrance events and the vital role they play in reminding society about the number of victims, and at the same time highlighting the long-term psychological impact on those bereaved and injured in road crashes.

Services will take place across the country on Saturday, organised by the national charity, RoadPeace. The date also marks the anniversary of the world's first motor vehicle death, that of Mary Ward in Ireland in 1869.

For more information about RoadPeace visit www.roadpeace.org or call the special helpline number 0845 450 0355.

Pauline Fielding, said: “My son Andrew was killed in a road crash, caused by a driver who did not stop and who was never traced.

“Since that day, 25 years ago, I have been fighting for justice for him and to reduce dangers on the road where he died, to help prevent others also experiencing the loss of a loved one.

“The day Andrew died changed my life and that of so many others. I was helped emotionally and practically by RoadPeace and so I urge all those bereaved or injured by road crashes, together with those who support us, to join us at the remembrance and raise awareness to help prevent further death and injury.

“We are thankful to those who support us and to those who are working hard to reduce the number of people killed or injured on our roads.”

Lord Mayor elect of Liverpool, Councillor Anna Rothery, said: “To lose a loved one in this manner is unthinkable and these tragedies have a long-lasting impact on those left behind.

“I am honoured to be part of Saturday’s event, playing a part in raising awareness about the devastating aftermath these incidents have, and at the same time send out a message about road safety.

“This service is a chance for us all to show our support to those whose lives have been changed forever and also give thanks to the emergency services.”