Visits of Her Majesty the Queen to Liverpool Cathedral. 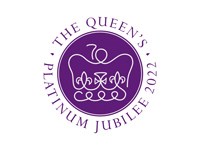 Liverpool Cathedral has had the honour of hosting visits from Her Majesty the Queen on several occasions, each visit has been special in its own way. Although I have attended each occasion, I will leave it to others who played a bigger part in the occasion than I did to reminisce. The Music Department played a huge part for each visit and Ian Tracey and Ian Wells have recorded their memories. Fred Myerscough has been a long-serving member of the Cross Guild, his mother Gwen who had been a member of the congregation since 1952 was awarded the Maundy Money in 2004. Kathryn Moran, the daughter of Jenny our Visitor Service Manager, was chosen along with Michael Wilson, the son of Helen who was the Dean’s assistant, to be a flower girl in the Maundy procession. Fred and Kathryn have written their reflections on these special occasions.

1977:  This was a big event when many of Liverpool’s Primary Schools worked together to sing in the Cantata “The Valley and the Hill”. Children and teachers sang as they lined St James Road to see the Queen going past in her car. Ian Tracey was playing the organ in the part of the work enacted here at the Cathedral. He was on the old 2 manual mobile console and had an excellent view of her though did not meet her on that occasion. As a Cathedral chorister Ian Wells was invited to watch the pageant in the Cathedral. 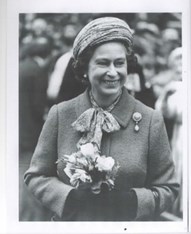 This was a special service to mark the completion of the Cathedral. The Cathedral was full of dignitaries, visiting clergy and members of the Parishes in the Diocese. I can remember being in the crowd underneath the Dulverton Bridge. It was wonderful to see Her Majesty looking radiant as she entered the Cathedral.

As a member of the Cross Guild Ian Wells carried the Choir cross in the service. He remembers leading the choir to the central space past the Queen thinking “look straight ahead!”

As Assistant Organist, Ian Tracey played the hired electronic organ at the West-end of the Cathedral in the hymns (to keep those in the Well together with the main organ) and in the commissioned "Benedicite" by John Madden. He was connected to the East-end ensemble via headphones and a TV monitor, and the Queen seemed fascinated with this. John and Ian were invited to the reception in the Western Rooms, and both had a chance to speak to her. She was asking lots of questions about coordination and the technology involved - which, though second nature now, was a might ground-breaking in those days.

1992: At the dedication of Queen’s Walk the Liverpool Primary Dance Group led by Mrs E Parsons and supported by Mrs Val Rooke and Mr Alan Matthews, two of our volunteers, performed in the main space of the Cathedral along with other local children. I was lucky enough to be a steward on this occasion.  Ian Wells conducted the Cathedral choir and Ian Tracey played the Chamber organ for the choristers singing of "O Jesus I have Promised" as Her Majesty named Queen's Walk and visited the new developments at the Cathedral. He was also asked to show her the new 5 manual mobile console. Again, she was interested in the technology. That evening, he was also in the line-up at the Phil in his capacity as Chorusmaster; Her Majesty was opening the newly refurbished Hall. The choristers had joined the RLPC in some of the choral items including "I was Glad". Ian had a formal admonishment for "keeping those little boys up so late"....they have been singing for you all day...they should be in their beds now" - a pause, and then "and what a credit they are to you". 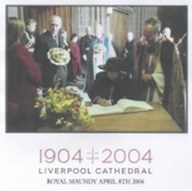 The Royal Maundy service in 2004 was a very special occasion for 78 men and women of Liverpool Diocese and city region as they were chosen to receive the Maundy purses from Her Majesty the Queen. The citations for each recipient recorded their achievements in the church and Voluntary sector. I was lucky enough to be guardian of the Girls’ Choir for the service and standing in the Rankin Porch as the Queen signed the visitors book, I had a very good vantage point.

Fred Myerscough recalls the reaction of his Mum Gwen on meeting the Queen. “My special Mum was so thrilled and said" The Queen spoke to me" I said "what did she say? and Mum said "I don't know I was so shocked I just nodded and smiled"

I can remember Mum saying to Dean Rupert Hoare on the day "I am really nervous about meeting the Queen", Dean Rupert replied "not half as nervous as I am ".

When the Cross Guild had their dress rehearsal, the procession was planned to leave the Cathedral at the central space by turning left towards the Rankin porch and then line the steps to say goodbye to the Queen.

After the service the procession was led by  the Cross Guild then the Chapter. Fred was macing Canon Mark Boyling and behind him was Trevor Bates with Dean Rupert Hoare, then the Queen with Prince Philip. Unfortunately, as the procession was going out, the Rankin Porch doors had not been opened (probably due to the wind) and so the procession did not follow the plan and carried on to the West end.  Fred was very unsure what to do until he heard Canon Mark behind him say "Fred turn Left" and immediately followed his instructions. There he was walking slowly towards the closed doors with his heart in his mouth wondering what would happen if the doors did not open.

The security people at the side of the congregation were talking into their sleeves ,as the plan had obviously changed. As the procession was approaching the closed doors, the bolts were pulled back and to everyone’s great relief the doors flung open and the light flooded in. Everyone in the congregation probably thought that was how it was planned, but that was one of the most stressful times Fred ever encountered at the Cathedral. The Cross Guild and Clergy came back to the Rankin Porch via the route from the font onto the steps from the West and it all looked fine.

Kathryn Moran was very excited when her Mum said she had been asked to be a flower girl at the Royal Maundy Service at Liverpool Cathedral. She didn’t really know what it meant but knew it would be exciting for a twelve year old girl to be involved in. On the day her Mum fussed over her uniform so that she would look her best and do Liverpool proud.

Michael and Kathryn were ushered into what is now the Education Rooms where they were met with an amazing sight of the Beefeaters in all their grandeur. The Queen’s secretary went on to explain what they would being doing; following behind Her Majesty throughout the service as she handed Maundy money to those chosen to receive it. It was a scary yet incredible experience and one that is still  talked about in the family to this day. At the end of the service the Queen’s Secretary asked Kathryn and Michael to sign for their wages for the day. They were lucky enough to receive their own Maundy money. A proud day for the Moran Family and all those involved in it.

Ian Wells conducted the Cathedral choir during the Maundy Service and met the Queen and the Duke of Edinburgh on the steps leading to the Lady Chapel. Her Majesty thanked him for the lovely music and asked what it was like to make music in such a big building and with such a large acoustic.

Ian Tracey as Director of Music played for the Royal Maundy service and later met the Queen in the Lady Chapel during the reception. On being introduced to our then Organ Scholar, Daniel Bishop, she remembered that Ian was previously the Organ Scholar and said "so you are now what he was...." and looking at me, said "my! you have grown!"... She was very interested in the acoustics, and pronounced "you must have to play very short and......staccato" -When Ian replied "yes ma'am... we do"; she was clearly delighted that she had found the correct musical term, and turned round to the assembled entourage saying "staccato - staccato" whilst demonstrating a jabbing keyboard action...

I am sure there must be many more members of the Cathedral Company who have special memories of the Queen’s visits. There is only space for these few thoughts. Thank you to those who have shared their memories with us.

whose risen Son has ascended in majesty

and has established his reign of justice and truth, mercy and compassion:

in constancy and love.

Grant her your abundant blessings that she may govern your people

in the name of our glorious Lord, Jesus Christ,

to whom with you and the Holy Spirit be all praise and honour,

now and for ever. Amen.