Catch up with the many and diverse range of events and happenings hosted by the Cathedral. 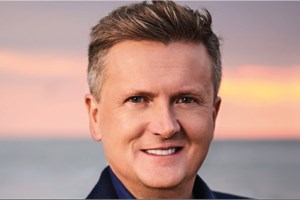 Aled Jones MBE, one of the classical world’s vocal powerhouses, has announced a very special tour for February and March 2022, as he brings his unique concert of music and stories to cathedrals and churches around the UK.

Join us on March 14th at 19:30 to see Aled Jones perform at the Cathedral.

The tour will see Aled perform tracks from his album Blessings, which features songs from a range of different faiths – Quaker, Christian, Catholic, Muslim and Buddhism – including uplifting hymns, texts and scriptures set to music.

He is the original classical crossover star, having performed for the Pope and the Royal Family, received an MBE and racked up over 10 million album sales throughout his extraordinary career.